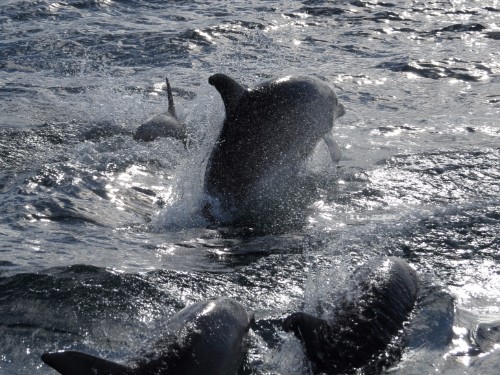 The coach pass I'd bought when I first arrived in New Zealand allowed me to use my assigned number of "trips" to book various tours throughout the country. I'd used some of these already for my Milford Sound and Glowworm cave adventures, and the next one I'd arranged was a boat trip in Paihia.

This wasn't just any boat trip though... oh no... this was a dolphin boat trip! I was hoping this one would be a little livelier than the last one I'd been on way back in Cambodia. Technically I'd seen dolphins there, but only for a second or two at a time – just as they were ducking back under the water. Much like this: 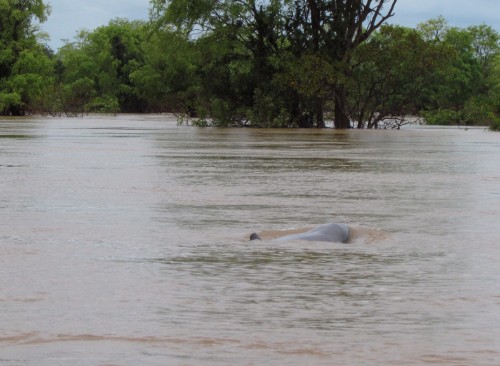 It turns out I needn't have worried! The Paihia Bottlenose dolphins must have heard about my disappointing time with their Irrawaddy cousins, as they put on a great performance! 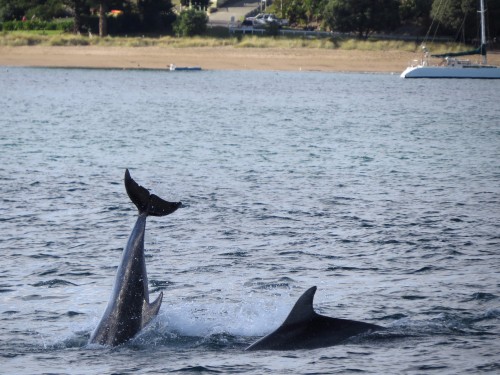 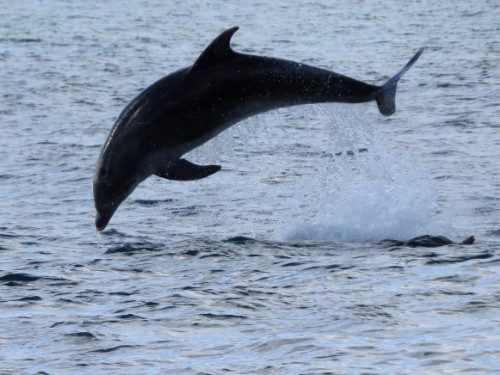 I nearly didn't get to enjoy the dolphin shenanigans though, as the boat ran into engine troubles not long after it left the dock. We were floating in one spot for maybe half an hour while the crew worked on it below deck. Luckily they got it up and running again and back up to full speed, and we were soon flying along with the dolphins swimming alongside.

The boat was packed, and I had to push a few people overboard in order to get room to take my photos from the side of the boat. I think it was a worthwhile sacrifice.

The tour was named the "Hole in The Rock" tour, as, funnily enough, one of the attractions was a big hole in the rock in one of the bays, big enough to sail the boat through. This was clearly a popular thing to do, as we weren't the only big boat there to make the trip. We queued up behind them and watched them breeze through first, before bringing up the rear. It was quite amusing listening to the Captain on the tannoy before we went through... she sounded quite nervous as the water was a little rougher than usual. Potentially a Titanic style disaster, but thankfully nothing that serious! 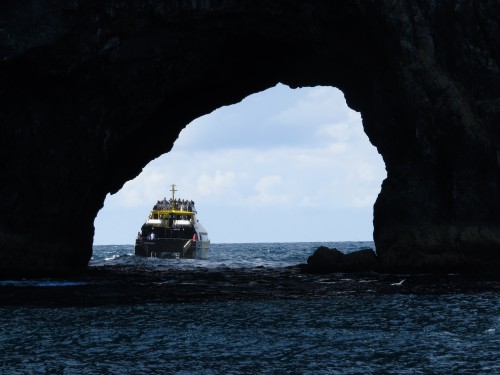 On the way back we stopped in the pleasant seaside town of Russell, home to no more than 1000 people. A little bonus of going on the tour is that they gave you a free ferry ticket back to Paihia in the price, so I stayed there for an hour or two and the tour boat returned.

There was a lookout there I could have walked up to if I was feeling energetic – on this particular day I wasn't, so I contented myself with just wandering around and then sitting down with an ice cream by the water! 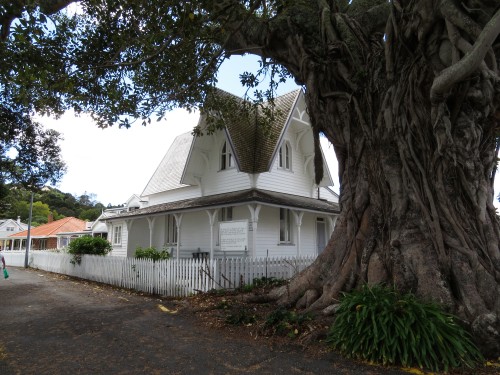 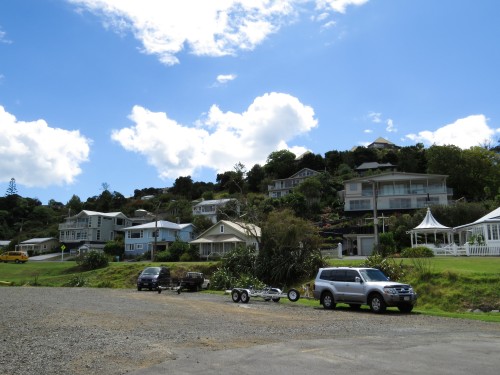 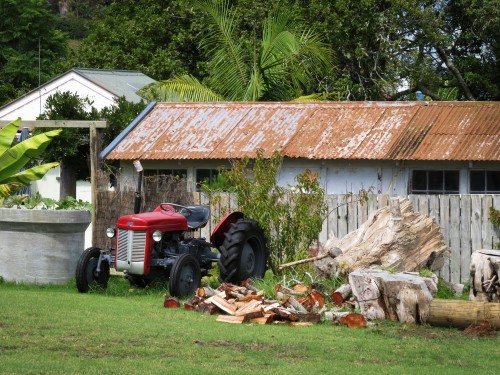 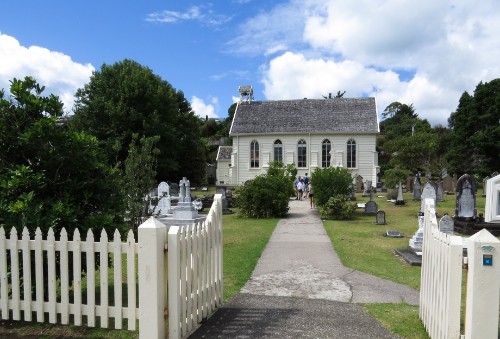 Christ Church, New Zealand's oldest church attracted quite a few people, and it was quite a pretty place – not many graveyards you can say that about.

That night in the dorm was quite unusual, in a large, 8 bed room I was the only one sleeping in there! You'd think it would be perfect with a bit of extra privacy, but it was bizarre! You know you've been travelling a while when you actually think it's strange not to be sharing a room with strangers!